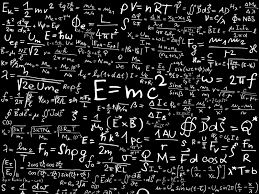 theme of simplicity.  I like analogies and stories.  Here is one about simplicity and the need to shift from observation to explanation.  Before Einstein, physics appeared to be a complicated business and there were lots of people running around describing this complexity.  Then Einstein came along and said “you may see complexity, but what I see is E=MC²”.  This is probably the greatest piece of simplicity the world has ever seen.  Even I can understand that formula and yet it has the power to the explain the way universe works.

It didn’t necessarily make physics itself easier, but it provided a framework for understanding it and building practical applications.  We need something similar in social media.  We have plenty of people running around describing what is happening, but not enough people trying to explain why it is happening.  We need to find the E=MC² of social media.

My attempt at it is this.  The social media revolution is all about the liberation of information from restrictive means of distribution.

That is it.  The medium is no longer the message, the message can be itself, freed from the requirement to shape itself to the channels (networks, platforms etc) it has to sit within.  The implication of this for communications is the we are likewise liberated from the need to talk to audiences.  The implications of this for society in general is that trust has been liberated from institutions and can now live within transparent processes.  Information can be trusted on its own account, rather than via trust vested in the channel or institution from which comes.  After all, what is Twitter?  It is not an institution, it is a process, Wikipedia likewise.