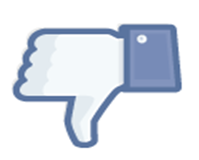 Everyone in marketing (and also now politics) is familiar with the focus group.  This is technique where you have a structured conversation with a very small group of people selected to be representative of your whole target audience.  Focus groups work because sufficiently skilled practitioners can draw conclusions and insights from that very small group that are relevant to the larger group.  Their most common usage in marketing to understand how people will react to new products, but mostly how they will react to new ads.   (As an aside, I have always found it amazing how many brands come to understand what consumers think of their products or services only through the lens of how they understand their advertising).

The relationship a brand, or the researcher representing it, establishes with the people in a focus group is quite a strange one.  Quite often, the brand may not even reveal itself, but the participants are frequently encouraged to disclose highly personal information about themselves, which they do both because they are paid a small sum but mostly because they feel flattered to believe that their opinion counts for something.   After the session ends, the relationship finishes.  It is very rare to return, or even report back, to the participants unless they have been recruited as part of a panel designed to see how thoughts and opinions shift rather than define what those opinions are.  Certainly the brands concerned don’t believe there is any advantage in preserving a relationship with attendees at focus groups or even encouraging the participants to buy their product or service: you don’t sell to the focus group, you get insights from the focus group in order to then sell to the much larger group of consumers or customers.

Facebook, as far as a brand manager is concerned, is basically a focus group and if you want to use it effectively the same rules apply, namely:

Very few brands have worked this out.  There seems to be a belief that because a group is ‘on’ Facebook, some sort of magic social media fairy dust will be sprinkled on it which will cause whatever positive engagement is created to spread throughout the network to all the target consumers.  This won’t happen in 99.999% of occasions.  OK, you may be able to have some level of interaction with more people on Facebook that you would in conventional focus groups – but not that many more, and certainly not enough to make an impact.  OK, those people that you do reach have a better ability and slightly more incentive to spread any positive experience amongst their friends, but again – not that much more ability and not that much more incentive.  And I know that much of the desire to harvest ‘likes’ is driven by data capture and CRM considerations – but this isn’t ‘social’ media it is anti-social marketing.

The basic rule that determines the effective use of Facebook as a marketing tool is this:  If you are looking to use Facebook, in and of itself, as a mechanism to create ‘engagement’ with your consumers, forget it.  The numbers will never stack up sufficient to move the needle on overall brand reputation or engagement.  The only effective way to use Facebook is to use it like you use a focus group – i.e. a tool to work out how to change and improve your product or service (or, if you really must, your advertising).  Thus, if you want to move the needle on overall brand reputation this occurs because you have improved product or service delivery (or your ads) using insights gathered from Facebook rather than because of any magic that happens within Facebook itself.

In other words – you don’t sell to the focus group, whether or not it happens to be on Facebook.

None of this explains the current desperate obsession that brands have with Facebook and the desire to drag their website into the Facebook space, garnering ‘likes’ as they go.  Is there, for example, a single ad, these days, that doesn’t end with the strapline “find us on Facebook”?

I followed  this advice for a car manufacturer whose ad I saw on TV last night and when I ‘found’ their page (something it was easier to do via Google than via Facebook itself incidentally), what I found was basically a sub-standard version of their website.  This was not sub-standard on account of any design failure on the part of the car company, but because a Facebook page will always be sub-standard if you are trying to create mass information / destination site, because a Facebook page was never originally designed to be this.  The page prominently featured the obligatory exhortation to ‘like’ the company and alongside this was a celebration of the fact that the company had now exceeded 10,000 ‘likes’.  Here is a company whose target audience in the UK would be measured in tens of millions, getting all excited because 10,000 people had pressed a little like button.  Whoopee do!  Was there an opportunity to engage with the company in any discussion (i.e. like mini focus groups)?  No – the discussion facility was not activated.  And what was the company actually saying about itself?  Well most of the posts encouraged people to go to its website!  Was anyone, other than the company itself, actually posting anything on the page’s wall?  No, although there were some comments on posts, many of which were negative.  Was the company responding to these comments and/or was there any meaningful conversation or interaction going on at all?  No.  Was this page a waste of time and effort?  Yes.  This company is not alone out there, if one were to form a focus group drawn from the pool of large consumer brands I would suspect that we would find this usage of Facebook pretty representative of the whole.

As I have said many times before, social media is not a channel that you can use to ‘engage’ with your target audience.  It is sensationally bad at doing this.   However, it is sensationally good at speaking to very small groups of people, even individuals, at exactly the right time and about exactly the right things.  Therefore the way you use social media and the metrics and measurement criteria you set all have to be aligned against this fact.