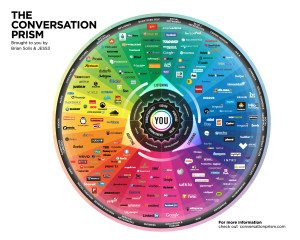 I think she was right.  Diagrams such as this perpetuate a way of thinking which, increasingly, I try and lead people away from, which is the idea that social media is both complicated and defined by a dazzling array of tools.  END_OF_DOCUMENT_TOKEN_TO_BE_REPLACED