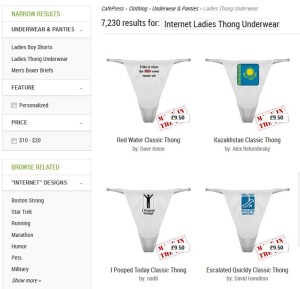 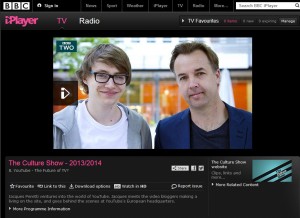 The first flaw was the idea that social media only starts to become serious when it produces something that looks like traditional media.  The artists and programmes featured may well be generating large audiences, but they none-the-less represent only a tiny fragment of the content or usage of the platform that is YouTube.  It is of course this other usage of the platform, that The Culture Show did not feature, which is having by far and away the greater cultural, social and economic impact.  But because this didn’t look like TV, it was ignored.  This is a usage, incidentally, which YouTube itself is also ignoring, because you can’t easily grow advertising dollars within it. END_OF_DOCUMENT_TOKEN_TO_BE_REPLACED

Last night I watched the BBC Panorama programme on Ryan Air – an airline that manages to be at the same time successful but hugely unpopular.  Funnily enough it coincided with the BBC World’s Fast:track programme, with a segment (featuring yours truly) about how you can use social media to complain about travel experiences.  One of the companies featured here was Ryan’s Air’s rival Easyjet, show-casing their success in monitoring and responding to customers in Twitter – an approach to customers that is the polar opposite of Ryan Air’s. END_OF_DOCUMENT_TOKEN_TO_BE_REPLACED

Here is a transcript from the Guardian of the interview last night on the BBC’s Newsnight programme with Evan Williams – founder of Twitter.  What it reveals is a curious paradox.  One the one hand, the BBC is probably the world’s most progressive media organisation in terms of understanding social media, yet one the other the editorial approach in its traditional programmes and from its traditional journalists appears to display total ignorance and denial of what is happening.   END_OF_DOCUMENT_TOKEN_TO_BE_REPLACED