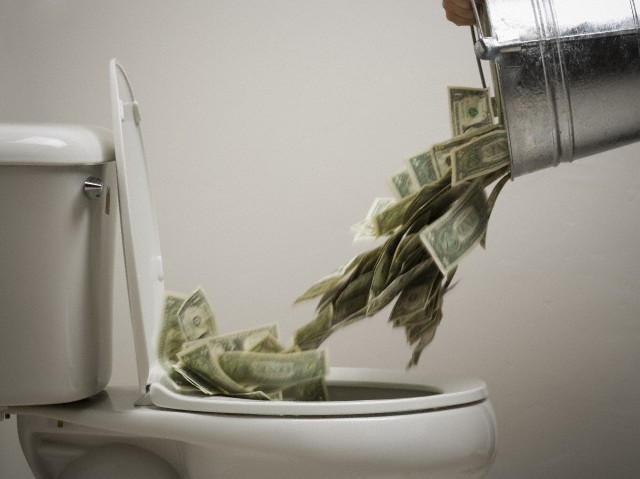 This excellent piece by Mark Higginson has galvanised me to write this post. I have done many posts previously on this, but they have tended to be too long, too short or just dealing with a specific aspect. So here it is – my shot at the definitive post that punctures the content delusion.

Find me the consumer who is saying “what I really want right now is another piece of content from my favourite brand”. That consumer does not exist. Ask consumers what they want from brands and they will certainly give you a list – but content will not be on that list. Don’t believe me here, believe the global PR agency, Edelman. They asked consumers what they wanted from brands and they came up with a list of 8 things. In essence what consumers were saying is “we want information (not content), we want responses, we want answers to questions, we want you to listen to us and give us an opportunity to be heard, we want you to demonstrate to us that you actually strand for something other than marketing b*** s**t.

Let’s look the theory first. We have an industry that has been around in excess of 500 years that specialises in turning content into cash. This is the publishing and media industry. The model this industry has developed for doing this most efficiently involves creating revenue in two ways: subscription/purchase or advertising. Neither of these options are available to brand ‘publishers’ and in any case, this model is dying on its feet. So, as a toothpaste brand, if you think you can do a better job at creating value from content than the guys who have been doing it for 500 years, without recourse to the two most effective tools these guys have developed and in the face of an economic environment within which the ability to create value from content is collapsing – go ahead: make my day (and clean my teeth).

Now for the practice: it just doesn’t scale. END_OF_DOCUMENT_TOKEN_TO_BE_REPLACED 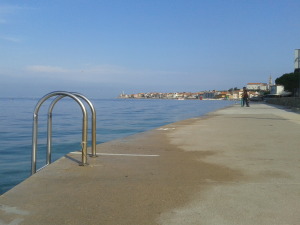 I spent two days last week on the Slovenian ‘Riveriera’ attending the Golden Drums International Advertising Festival (basically Cannes, but for eastern Europe). Slovenia has almost no coastline and therefore appears to have turned all of it into the edge of one gigantic Adriatic swimming pool, complete with chrome steps and handrails, interspersed with a couple of pretty fishing villages. You can almost hear the tourism pitch idea now, “hey, this is not much as a coastline, but as a swimming pool it could be pretty impressive!”

These events are always interesting to see how the practice of creativity and the practice of marketing are currently entwined. Two things stood out for me. First was the familiar problem of category confusion. It was impossible to put most of the best ideas in any one category. For example, there was an idea for the Belgrade State Theatre (I think) which placed actors as drivers in taxis wired up with hidden cameras. In true taxi driver style, the drivers began a tale of lament about their lives, drawing the passengers into the narrative. At the end of the journey they then reveal their true identity and that the story was actually the plot of a Shakespeare play, currently playing at their theatre. Very funny to watch (in the show reel) especially once you were wise to the format and were trying to identify the play.

But the problem was that this ‘event’ was forced into the category of film (because it was filmed) and sat there alongside conventional 30 second ads. However, the event wasn’t in any way a conventional ad. In fact it became compromised by the requirement to render it into the restrictive frame required to create something that can sit in paid-for TV space and that is seen a number of times by a ‘target consumer’. It worked as a show reel (but consumers never get to see the show reel) or it worked if you could get consumers out of expensive advertising space, to a space (i.e. YouTube) where you had sufficient time to tell, or even interact with, the stories properly.

This leads to the second problem – one of scale. Most of the best ideas were small scale ideas, or rather ideas which were not naturally adapted to working at large scale. This was either because, as in the case of the theatre example, it was difficult to fit them into a distribution medium which would give them scale (i.e. a TV ad) or because their strength was in their relevance – often local or cultural relevance – which by definition has limited scale. The most decorated agency on the night was an independent Russian agency called Voskhod. Their stand-out ideas (i.e. the ones I can remember) were all small scale. Actually, they were all PR ideas. For example, they created a poster for a local steak restaurant that featured a picture of a raw steak. One night they ‘grilled’ the steak by actually burning strips into the poster. Result – the restaurant was booked out the following week. And they did a campaign which linked an up-and-coming band with a single fashion shop. Very geographically and culturally specific stuff. And this stuff is the anti-thesis of the generic, international campaign that forms the bread and butter of most big brands and major agency networks. An impending problem there me-thinks.

Of course all of these ideas were surrounded by clouds of ‘social media’ – i.e everything was YouTubed, Facebooked, Tweeted etc. etc. In fact, these ideas lived much more comfortably in social media than in traditional media. But social media isn’t a channel. Just because something is ‘in’ social media, doesn’t mean it actually goes anywhere – unless you then invest significant time and effort driving people to that social space. Which perhaps provides a clue to the future of advertising and creativity. As I have posted previously, one of the principal consequences for brands and creativity of the social media revolution (which is the separation of information from distribution) is the separation of creativity from the means of delivery. Ideas have to sit above any particular delivery channel. Ideas have to define the channels, rather than be defined by the channels.

The channels themselves only have relevance in-so-far as they have a specific purpose and quite possibly the purpose of advertising in the future is not to actually carry, or even illustrate, brand ideas, but simply to be the big, pink, inflatable finger which points at brand ideas. Advertising is a distribution medium, so that is what it should focus on – bringing attention (scale) to an idea which lives in a (social) space which doesn’t naturally have scale attached to it. And these ideas will in most instance have a degree of specific geographical or cultural relevance that, even with advertising attached, will limit their ability to achieve international scale. It also points to what I have previously talked about, which is that the challenge for brands is to convene an audience, not to target it.

The overall winning idea came from Romania, and it involved connecting a young, relatively photogenic shepherd to the internet via a smart phone, thus allowing him to share his life with the world (or at least that bit of the world which might be interested). Quite a lot of people (in Romania) were interested as it turned out and said shepherd became an ‘internet celebrity’. I think this says more about Romania than it does for the practice of marketing generally. One thing is for sure, we are not going to be handing out awards for this type of thing in five years’ time (except perhaps in Turkmenistan). The brand was Vodafone. Although it could have been almost any mobile network, technology or sheep-related brand.

Or it could have been Coca-Cola, since pretty much anything can be a ‘Coca-Cola story’ in these halcyon days where the focus has shifted from creative excellence to content excellence.  This, incidentally is what I was there to talk about – our obsession with content marketing, otherwise known as brandfill.  Here I am, in action.  I think I will use this as my new social profile pic, since it pretty much sums up my professional life – waving my hands around telling people what not to do.

There was also one other stand-out. What is it with creatives, beards and jackets which are at least one size too small?