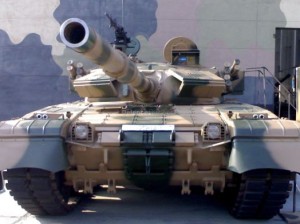 I have just finished reading Doc Searls’ Intention Economy. And about time too. The book has been out about two years and it is widely recognised as being a Very Important Book. In my defence, I have been following the Vendor Relationship Management (VRM) thing anyway and have even had some marginal contact with the good Doc himself on the issue. So it was more a case of filling-in the gaps. For those not already in the know, VRM is positioned as the counterpoint to CRM (Customer Relationship Management). CRM is how brands use data about their customers in order to define the relationship the brand decides it wants to have with the customer: VRM proposes that customers should own and control the data about themselves so that they can define the relationship they want to have with brands.

I can validate that it is indeed a Very Important Book because it not only defines this new and potentially interesting area (VRM) but also because it strays into a wider analysis of the history and operation (and philosophy) of the internet. The issues that it raises here are becoming increasingly important as pressures build to manage, regulate and appropriate the internet in order to make it conform to political or commercial vested interest. In fact, this wider analysis could turn out to be the most important aspect in the book, or perhaps a valid subject for a new book.

The Intention Economy and VRM is something I would very much like to believe in. Trouble is, form me VRM is a bit like God: something I would like to believe in if only I could get the evidence and reality to stack up. There seem to be just too many reasons why VRM (like God) doesn’t or won’t exist.   At one level, VRM appears to be overly reliant on a code-based answer. This is probably because Doc Searls himself and many of the current VRM gang come out of this place. But the concept that I found most interesting in the book was the idea of the things Doc calls ‘fourth parties’. Fourth parties are organisations that can aggregate customer intentions and thus create leverage and scale efficiencies. This takes us into the realm of community, which rings bells with me since I believe that within a few years almost all relationships between individuals and brands will be mediated by some form of community. In fact, this would be my own take on how the Intention Economy might actually come into being. I think it is the ability to connect individual customers, rather than empower them as individuals, that is likely to present the greatest opportunity to change the rules of the game – as things like TripAdvisor or even Airbnb are starting to demonstrate. However, fourth parties get relatively short shrift in the book, perhaps because they are not a code-based answer.

But my greatest area of scepticism, or perhaps fear, for the future of the customer and citizen, stems from the emerging world of Big Data and algorithms. As outlined in my previous post, algorithms suck the power out of the idea of having a personal data repository and make the ownership of this, from a government, brand, customer or citizen perspective largely irrelevant. In the world of the algorithm, your personal data file (i.e. your life) becomes little more than personal opinion. To all intents and purposes your ‘real’ identity is defined by the algorithm and the algorithm’s decision about who you are and how you shall be treated will pay scant attention to any information that is personal to you, other than to use it as a faint, initial signal to acquire ’lock-on’.

The problem with algorithms is that (like tanks) they favour governments and corporations. It is hard for a citizen to get a hold of, or be able to use, an algorithmic tank. And if you are standing in front of an algorithmic tank, giving you the rifle and flak-jacket of your own data isn’t much protection. It is why Wall Street is the first place that the world of the algorithm has really taken hold – it could afford the best geeks. And as Wall Street is showing, the world of the algorithm tends towards a very dark and opaque sort of place – about as far removed from the sun-lit commons of open-source code sharing as it is possible to be.

However, create the opportunity to connect a million people with rifles and flak-jackets to confront one algorithmic tank, and the odds get better. You may even be able to form a fourth party which can create its own tank, or at least some effective anti-tank weapons.

So, I guess my message to Doc Searls and the VRM gang would be: don’t loose faith in the idea of VRM and the Intention Economy as a destination, but think again about the route.  Build on the idea of fourth parties and focus on community and connection, rather than tools and code, and recognise that CRM is about to be swept away as brands and governments learn how to roll-out the algorithmic tanks.