A quick post to say that there are a few places left for the latest in my series of advanced social media training courses for local government, NGOs and third sector organisations.  It is taking place at the Hilton next to Wembley Stadium on May 30.  Details here http://forgetfacebook2.eventbrite.co.uk/# 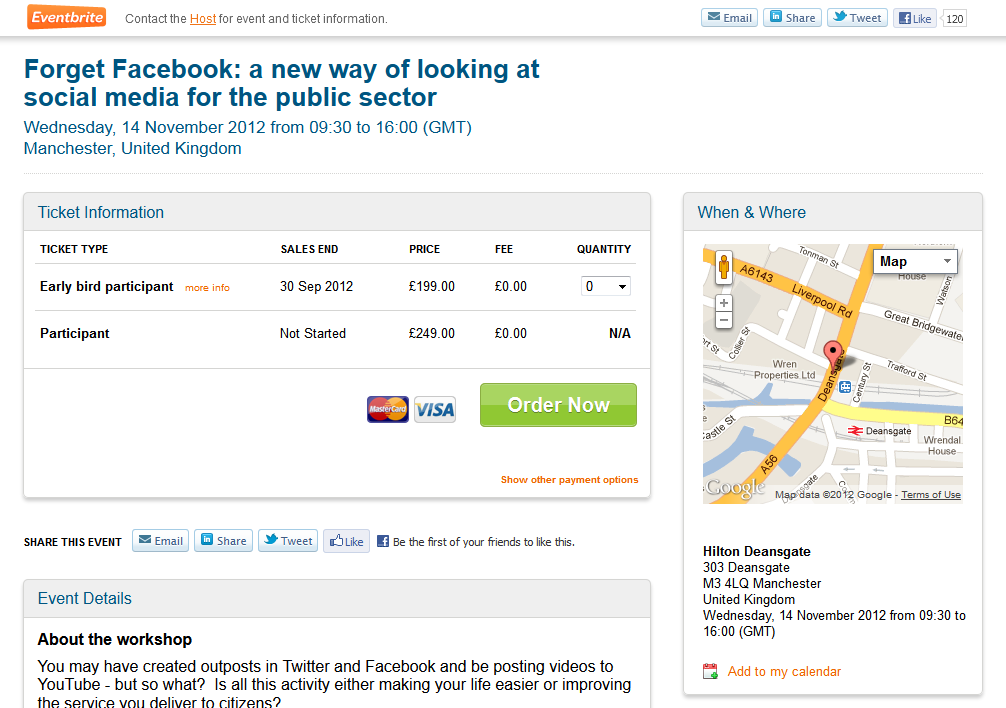