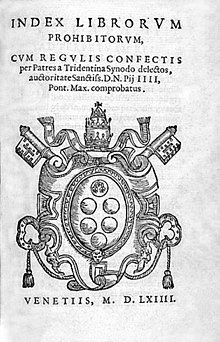 The Index of Banned Books could be said to have had the desired effect in terms of its ability to shore-up to an extent the power of the Catholic Church. It certainly lasted for a long time, only being removed from the religious statute books in 1966. It did however have broader political consequences in that it ensured that the centres of printing, the silicon valleys of their time, became established in Protestant northern Europe, gifting an economic advantage to this area which persists to this day. After all, who is bailing out whom in the Euro-crisis?

What then are the likely broader consequences of YouTube Red?

In order to understand what is going on here, it is necessary to understand the economic order that social media is disrupting and thus the model that those institutions who have an interest in this old order are seeking to preserve within this thing called social media. This is an economic orthodoxy that comes straight from the world of traditional media, which has at its heart the paymaster of advertising. Advertising is all about giving big chunks of money to anything that can clump together large, audience-sized groups of similar people in one place so that they can then be bathed in some form of content or message specifically designed to encourage them to do something, such as buy one brand of soft-drink rather than another. Doing this has traditionally been an expensive business because the things which did this (media channels) were expensive to establish and operate. This is why advertising has been ‘big business’ and why the messages we have been bathed in have been very concise and standardised (known as creative).

But for this to work and for the business of advertising to remain relevant and thus able to continue to bring large sums of money to the party, it is necessary to clump people together in large groups that behave like audiences. Advertising doesn’t work when you are talking to individuals because, as Hugh Macleod pointed out long ago “if you talk to people the way advertising talks to people, they would punch you in the face”. The slight problem here is that while the audience is a native feature of traditional media, it is a very scarce commodity within social media. The vast majority of what is happening in social media are connections between individuals, even if they are happening on a platform which purports to encompass many millions of such individuals. But on these platforms we are all users of social media, not consumers of it. These platforms are defined by their ability to connect, not by their ability to distribute. In this respect they are like phone networks, very good at connecting individual users, but pretty bad at bringing all the users together to receive a single message. Even when audience sized clumps can be created, their existence tends to be very transient and related far more to the specific content being accessed, rather than the channel or source from which that content comes.

Which brings us to the concept of the YouTuber. This appears to be a phenomena that is on the rise, the latest ‘big thing’ in social media; something we are being encouraged to see as a natural or evolutionary step albeit one that seems to have taken some time to become established. These new YouTube ‘stars’ represent the future (of TV) – so we are told.  I am not convinced. YouTubers are not actually a natural big beast of the social media jungle, they are either spill-overs from the world of traditional mass media or largely a manufactured creation. YouTube has in fact been investing huge sums of money over the years in cultivating YouTubers so that they can then create things that look a little bit like TV channels or programmes. In other words, trying to create places where it becomes efficient to place ads. YouTube is basically trying to re-create a version of the thing we called TV, albeit this time on a delivery platform called YouTube.   And the reason it is doing this is because it needs to appropriate the economic model associated with TV, because the alternative economic models, those which are native to the social media environment, don’t hold out the prospect of generating enough money.

I am not saying that advertising won’t work. It is possible to generate advertising revenue from a platform such as YouTube – just not as much money as the investors in YouTube (i.e. Google) actually hoped. It is the age-old story: the old things continue to work, they just don’t work well enough to support the idea that all the money they were making in the old world is going to make it across into the new one. Creating ‘channels’ within YouTube probably helped generate a bit more cash, but still not enough to justify the price paid or current valuation, so the next step is drag another old media model into play, that of restrictive access and subscription. It won’t work: not just because of the problem associated with trying to get people to pay for something they once got for free, (even if this is dressed-up as ‘exclusive access’) but because the whole approach of restrictive access and content of mass appeal runs counter to the overall direction of travel in social media – i.e. the world where content is liberated from the tyranny imposed on it by restrictive and expensive channels of distribution. You can’t sell distribution (or associate costs with it) in a world where distribution is free.   When you cross-over the digital divide the money won’t come with you, but neither will (or should) the costs. In YouTube’s instance, it is carrying the costs with it, albeit these are not simply operating costs, they are the costs of revenue expectation.

The frustrating thing for YouTube is that it has become a way to allow other people to make lots of money. The restrictive group of the most successful YouTubers can individually all do very well, but even if YouTube creams-off a big chunk of what they earn this will never be enough from YouTube’s perspective. And it can’t significantly increase the number of YouTubers, because they have to be a relatively restricted group in order to retain their efficiency for advertisers. It is a Catch 22 situation.

Added to which is the problem that if any of the content that has been imprisoned behind the subscription paywall is actually deemed valuable enough to justify paying any money for it, it will almost certainly find a way of leaking out.   Either that, or a new platform will arrive which will provide a home which will allow the content creators to offer their content for free, create large audiences (at least for bits of their content) , while still getting a decent cut of any ad revenue. The money has a tendency to stay with the content, not with the distributor of that content (because distribution is now free, or very cheap).

I think this move is likely to spell the death-knell for the concept of the YouTuber as well as possibly signalling the end of the economic model of YouTube if not necessarily YouTube itself. A few may survive and probably make the transition back into conventional mass media, but most will fade away – not just because their output is deemed to be not worth paying for, but also as the behaviours associated with the usage of social media start to become more established. People will start to realise that they can follow information, rather than the sources of that information (because information has become liberated from distribution / source / channel).   To paraphrase Andy Warhol, everyone will be famous for 15 mega-bytes. In the short to medium term there may be a group of You Tube stars, but I suspect the churn within this group will be considerable. Very few will evolve into enduring presences, which is another inefficiency for YouTube, because of the need to constantly maintain and refresh (and imprison) its talent pool.

There always will be bits of content which will generate many viewers (and thus advertising revenue for the content producer) but these won’t consistently come from any one place or source (and thus generate consistent or predictable advertising revenue streams for the content distributor). The exception to this is where you can use means other than distribution to restrict access to content. This is by creating or ‘broadcasting’ real-time sporting or entertainment events of mass appeal. There is only one FIFA World Cup Final, or one series of the X Factor. The rules of restriction can thus apply and the old advertising orthodoxy can still hold sway.

Ultimately, the best way to understand the future of video content isn’t through the channel that brings it to us, it is through the environment in which it is viewed. I tend to use the framework of screen type to define these environments. There will be four types of screen/environment: