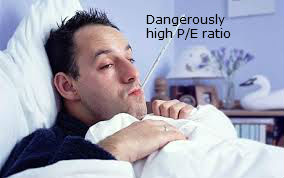 Ipola is long-term debilitating disease that frequently is contracted in the financial markets during the process of launching an IPO.

Twitter is basically comprised of an idea, some geeks and some server space.  The last of these are not precious or scarce resources and the idea is basically now a sunk cost.  Not just for Twitter, but for anything that aspires to be Twitter like.

It therefore doesn’t cost much to be Twitter (or Twitterlike).  Logically speaking therefore, the revenue opportunities for Twitter, long-term, are likely to be similarly low.  The problem for Twitter (and Facebook) is not generating sufficient revenue to cover its costs, certainly not the costs of delivering the service its users want.  Its problem is generating sufficient revenue to justify its share price.

In the chase for this revenue, an Ipola sufferer turns away from its users and focuses on marketing directors.  It tries to turn itself into a media platform or a data mine, because that is the only way it can seduce the marketing dollar.  And in the process it basically destroys what it was that made it successful in the first place.  Its vital organs start to fail.

Twitter is basically a conversation.  Take the chronology out of conversation and it stops working.

Twitter is never going to be some sort of content lillypad – which has always been its problem.  It has no real estate on which advertising dollars can settle.

Which would all be fine, if it didn’t have try and keep the boys on Wall Street happy.

Ipola is not going to kill Twitter just yet, although it is going to run a sweat.  What will kill Twitter is when the market gets infected by a competitor – and users realise how easy it is to swap, because the size of your accumulated Twitter following means nothing (because they are not actually an audience), you don’t follow handles anymore, you follow or search hashtags (in real-time), and if you do want to follow someone (or have them follow you) they are still only a click away.  Doing a factory reset on your Twitter following is basically a good thing because it means you only get the ones back which were worth anything in the first place.

The only course of treatment for Twitter (and Facebook and LinkedIn) is to recognise your stock is going to become a devalued currency when Wall Street finally realises you are never going to hit the long-term revenue expectations, so use it while it is trading at such a ridiculous premium to buy other companies that can then become the lifeboats for when the business model sinks.